The Alpine ibex is a wild goat that lives in the European Alps. It has big horns, curved backward. Horns of females are a little shorter, subtler, and more curved, serving as a means of self-defense against predators. Usually, males are bigger in size and heavier than females. Another distinctive feature of the male Alpine ibex is the beard on its chin. The coat of these animals is short and smooth, having different colors, depending on the season: in winter they are covered with a reddish-brown coat while in summer their coats become brownish grey. 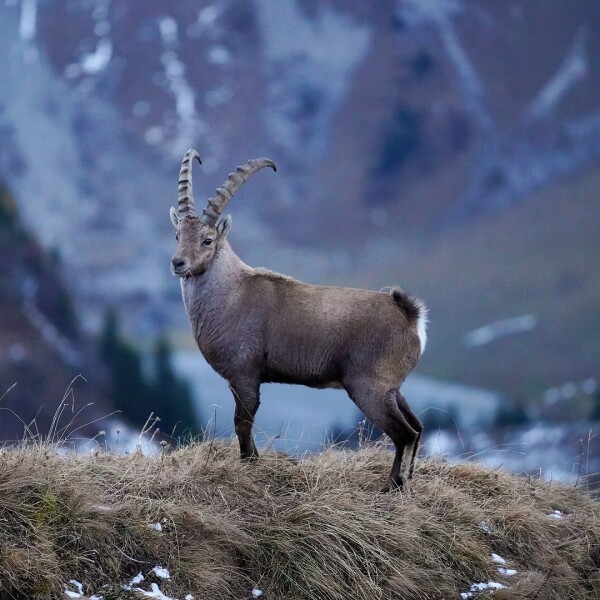 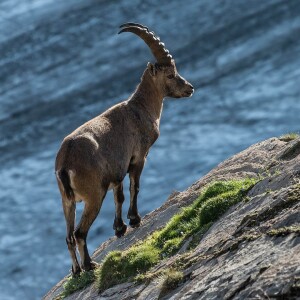 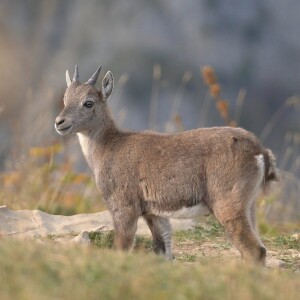 Alpine ibex are now found in most or all of the Italian and French alpine ranges, southern Germany, Switzerland, and Austria. Their preferred habitat is the rocky region along the snow line above alpine forests, where they occupy steep, rough terrain. Alpine ibex are typically absent from woodland areas, although adult males in densely populated areas may stay in larch and mixed larch-spruce woodland if no snow has fallen. Males spend the winter in coniferous forests. For most of the year, males and females occupy different habitats. Females rely on steep terrain more so than males. Males use lowland meadows during the spring, which is when snow melts and green grass appears. They then climb to alpine meadows during the summer. When winter arrives, both sexes move to steep, rocky slopes that amass little snow. They also use small caves and overhangs for shelter. Ibex are highly sociable and communicative animals. Females live within a hierarchy system that implies 1 dominant male and 10 to 20 females in each herd. Males live in herds as well, having their own hierarchy system. As a general rule, male herds are notably smaller: from 6 to 8 males in each herd. In autumns they go rutting. At this period of their lives, males live in isolation and can be very aggressive. For ibex, periods of increased activity are sunrise and sunset while in the daytime they usually prefer staying in shadow. In winters, they stay at medium altitudes on sheer cliffs, facing southwards. With the coming of spring and summer approaching, ibex, together with the line of melted snow, climb up to the highest areas of their habitat. They stay there until autumn.

Ibex are herbivores (graminivores, folivores). They feed mainly on grasses, flowers, bushes, springs, and other plants of the habitat. In the summer season, demand for water increases, and ibex start looking for areas with a constant source of water.

Alpine ibex are polygynous, i.e. one male can mate with a number of females. The animals start breeding in late autumn. Males participate in battles to decide who will mate with the group of females: the winner is allowed to breed with 10 to 20 females. The gestation period lasts about 6 months, after which a female gives birth to a single kid, usually in May. The young are very active and as soon as they get out of their mother’s womb, they start jumping around. The kids join groups of other youngsters during the first month of their lives. After another 4-6 months they are weaned. Alpine ibex reach reproductive maturity at the age of 8 months - 1 year but start breeding only at the age of 2 or 3 years. 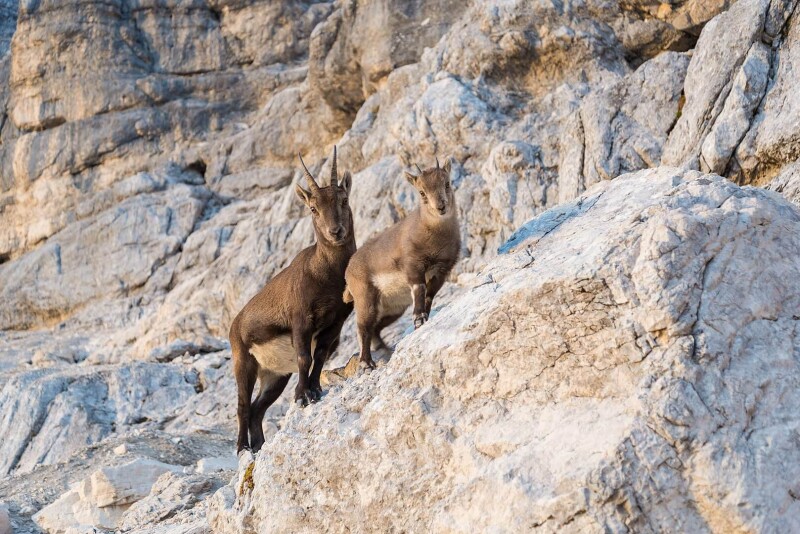 In spite of currently not being threatened with extinction, in the past, the Alpine ibex attracted hunters for its majestic horns. Also, there was a common belief, that specific parts of its body might serve pharmaceutical purposes. Because of these reasons, people used to hunt them down to get a profit. Living in their habitat, Alpine ibex are in their element: the jagged cliffs and harsh weather conditions. Nevertheless, because of disease susceptibility and parasites as well as their babies facing the risk of being stolen and eaten by lynx or golden eagles, Alpine ibex start looking for larger grasslands, from snow lines to Alpine forests. Thus, they come too close to human settlements, sometimes being interbred with domestic goats. Another considerable threat for Alpine ibex is human intervention in the form of mountaineering or hiking.

Being herbivores, Alpine ibex have a noticeable impact on the plant community, controlling its range. On the other hand, being a prey species, ibex control the population of predators in the habitat.