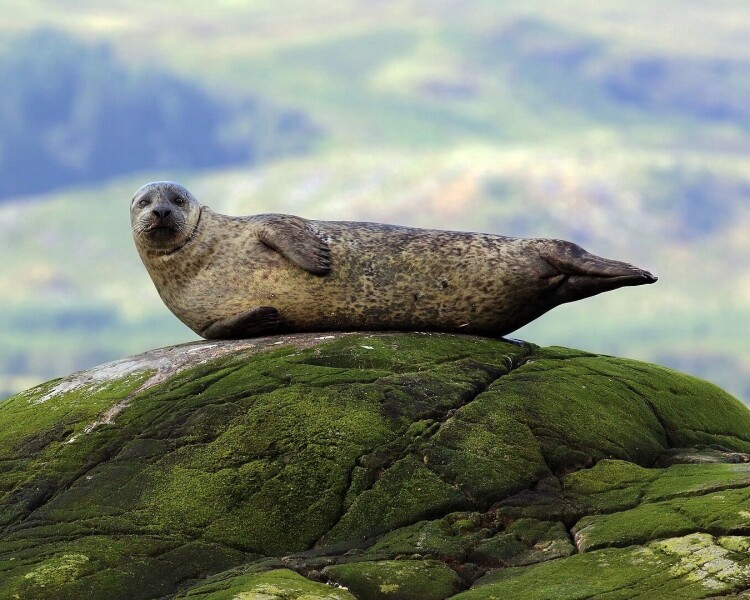 The Harbor seal is relatively small in comparison with the many other seal species. Its color can vary from light gray, white, or yellowish-gray with darker spots, to gray, black, or brown with spots or light rings. Its fur is short and thick, with coarse guard hair and dense, fine underhair. They have a gland in their skin that secretes oil to waterproof their fur. A Harbor seal has a round head and a short snout with a V-shaped nose, which closes when underwater. Its eyes are big, round, and dark, it has ear openings, and long, droopy whiskers used for finding food underwater. Its front and hind flippers are short and webbed, and have five digits, with the first and fifth digits being longer than the middle ones. When its hind flippers are laid flat, they look like fans, and between them, it has a short, flattened tail. 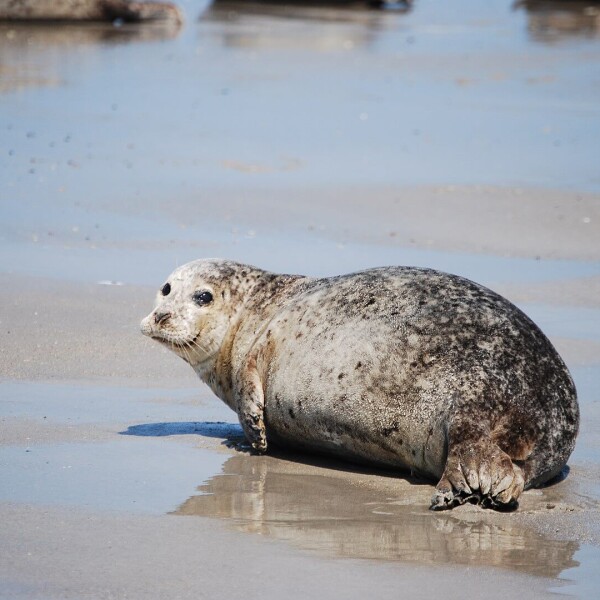 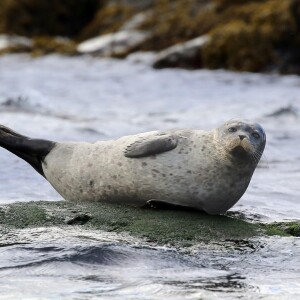 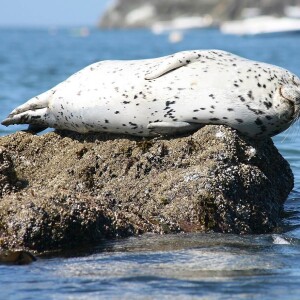 Harbor seals live along Arctic coastlines and are also found in the Pacific Ocean, the Atlantic Ocean, and the Baltic Sea, so are usually well spread out. A small number has also been seen in the North Sea. The Californian coasts are also apparently gaining more harbor seals now. They are also found in New York’s harbor. Harbor seals frequently congregate in harbors, bays, sandy intertidal zones, and estuaries in pursuit of prey fish. They prefer to frequent familiar resting sites. Harbor seals may spend several days at sea and travel up to 50 km in search of feeding grounds, and will also swim more than a hundred miles upstream into fresh water in large rivers in search of migratory fish. 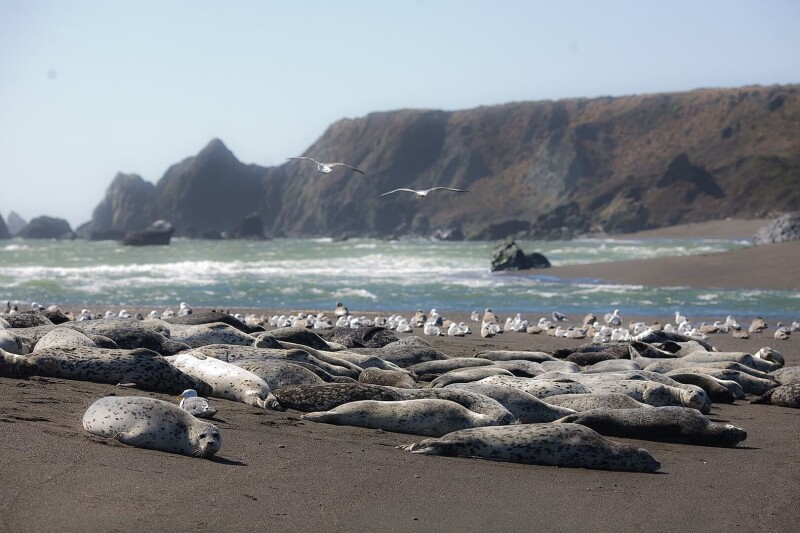 Harbor seals are pinnipeds that are diurnal and usually solitary. They gather in small mixed groups of adult males, females, and pups during the pupping season and at the time of molting, but these groups show no social organization. They are not a migratory species but travel a couple of hundred kilometers from where they live to forage and breed, and sometimes to avoid environmental disturbances. Harbor seals haul out throughout the year, that is, they come out of the sea onto terrestrial grounds on icebergs or land. This provides the benefit of sites for birthing, rest and thermoregulation, and avoiding predators. Harbor seals generally molt 2 to 3 months after pupping, leading to high numbers of them in haul-out locations. The pups usually molt first, then the juveniles, then adult females, and lastly the adult males.

These seals are carnivorous (piscivorous) generalists, eating small to medium-sized fish, including cod, herring, and mackerel, as well as crustaceans, octopus, and squid. Shrimp is especially important for young Harbor seal pups.

Harbor seals are polygynous, one male having exclusive mating rights with many females. The fights between males for access to mate with females take place in the water, lasting sometimes for many hours, the females mating with the winners of these battles. Males that are successful are able to mate with many females. The mating season goes from spring through autumn. A female will give birth to a single pup during spring, after a gestation period of 9-11 months. The newborn seal is covered in fur and is able to swim with its mother and go onto land after her within a few minutes of being born. Sometimes a pup will ride on its mother's back as she dives. After 4-6 weeks pups are weaned and have achieved independence. Males reach reproductive maturity between 3 to 7 years of age and females when they are about 3 to 6 years old. 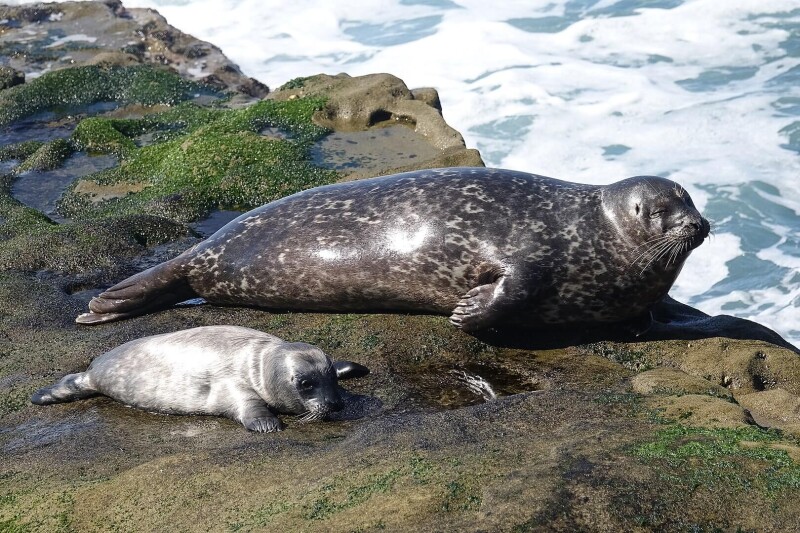 Humans hunt Harbor seals for their blubber, meat, skin, and fur. They are threatened by being tangled in fishing nets, especially in gillnets. They are sometimes killed by getting trapped in intake pipes in US power plants. Chemical and oil pollutants are further threats to this species.