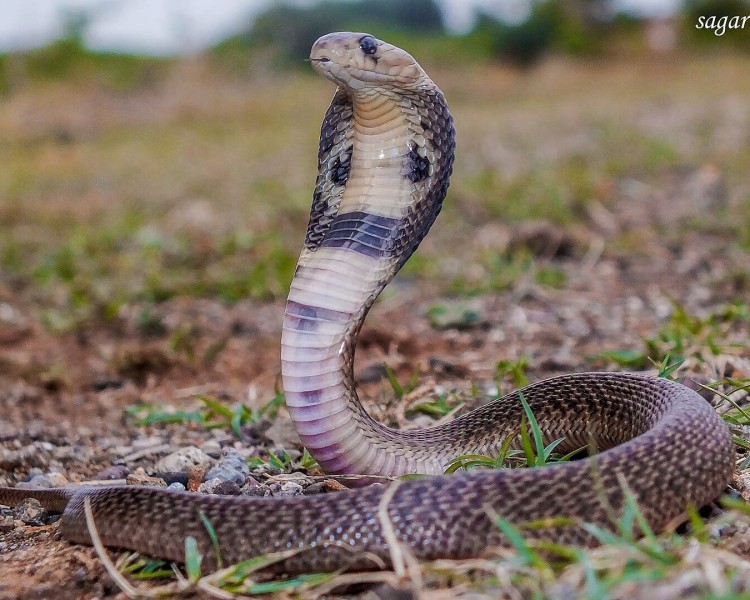 The Indian cobra is large highly venomous snake and is a member of the "big four" species that inflict the most snakebites on humans in India. The Indian cobra is revered in Indian mythology and culture and is often seen with snake charmers. These snakes vary tremendously in color and pattern throughout their range. The ventral scales or the underside coloration of this species can be grey, yellow, tan, brown, reddish or black. Dorsal scales may have a hood mark or color patterns. Salt-and-pepper speckles, especially in adult specimens, are seen on the dorsal scales. Indian cobras can easily be identified by their relatively large and quite impressive hood, which they expand when threatened. Many specimens exhibit a hood mark. This hood mark is located at the rear of the Indian cobra's hood. When the hood mark is present, are two circular ocelli patterns connected by a curved line, evoking the image of spectacles. 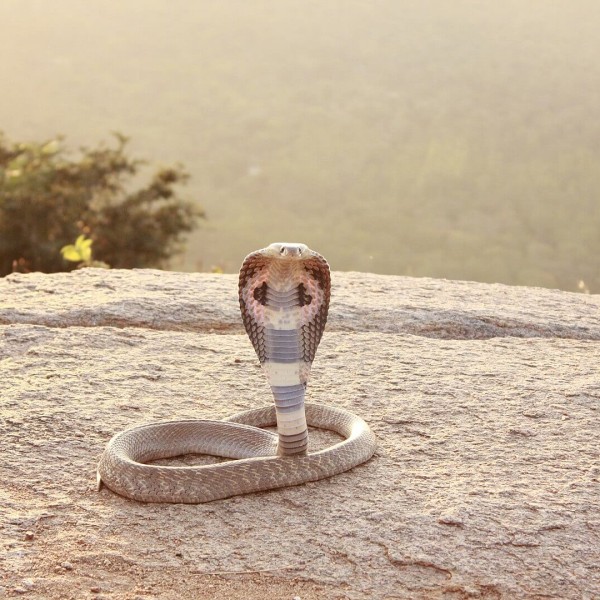 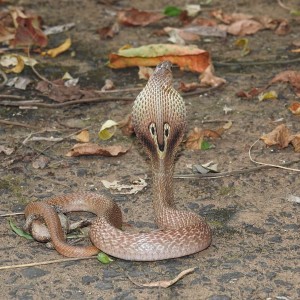 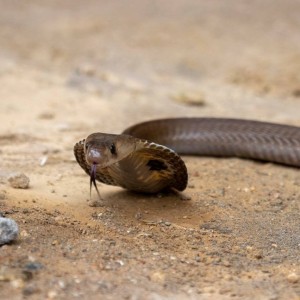 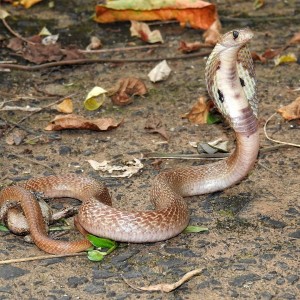 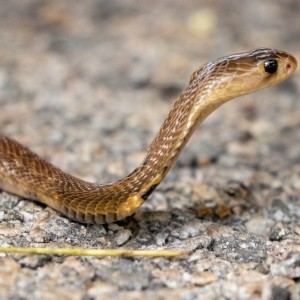 Indian cobras are native to the Indian subcontinent and can be found throughout India, Pakistan, Sri Lanka, Bangladesh, and southern Nepal. This species has been observed in Drosh, in the Chitral Valley, which means it may also occur in the Kabul River Valley in extreme eastern Afghanistan. Indian cobras inhabit a wide range of habitats throughout their geographical range. They can be found in dense or open forests, plains, agricultural lands (rice paddy fields, wheat crops), rocky terrain, wetlands, and they can even be found in heavily populated urban areas, such as villages and city outskirts. Indian cobras are often found in the vicinity of water. 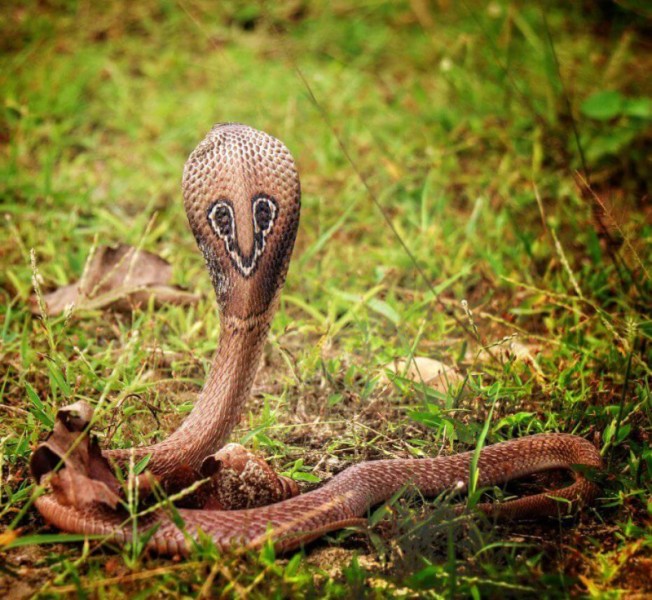 Little is known about the habits of Indian cobras. However, most cobras are generally solitary and diurnal creatures. Indian cobras find their shelter in holes in embankments, tree hollows, termite mounds, rock piles, and small mammal dens. When threatened, these snakes take the characteristic posture they are famous for. They raise the front of the body and expand their distinctive hood, on which are resembled eyes-like hood marks. Indian cobras are one of the big four snakes of South Asia which are responsible for the majority of human deaths by snakebite in Asia. The venom of young cobras has been used as a substance of abuse in India, with cases of snake charmers being paid for providing bites from their snakes. Though this practice is now seen as outdated, symptoms of such abuse include loss of consciousness, euphoria, and sedation.

Indian cobras are carnivores and feed on rodents, frogs, and lizards.

Indian cobras are oviparous and lay their eggs between the months of April and July. Females usually lay between 10 and 30 eggs in rat holes or termite mounds and will fiercely guard them during the incubation period until they hatch. The incubation period lasts around 48-69 days. The hatchlings measure between 20 and 30 cm (8 and 12 in) in length. They are independent from birth and have fully functional venom glands. 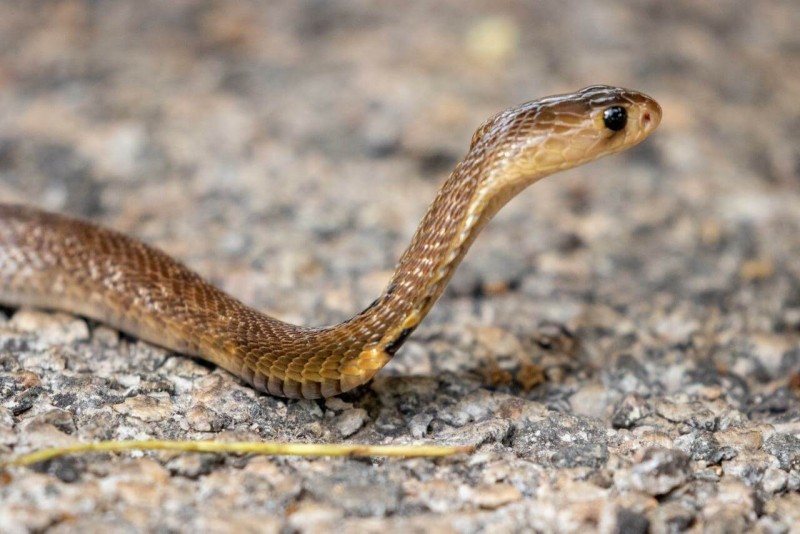 Indian cobras used to have been hunted for their distinctive hood markings for the production of leather goods. This species is not considered endangered, however, it is now protected in India.

Indian cobras are important in the ecosystem as they help to maintain the balance of prey species and control agricultural pests such as rats and mice.