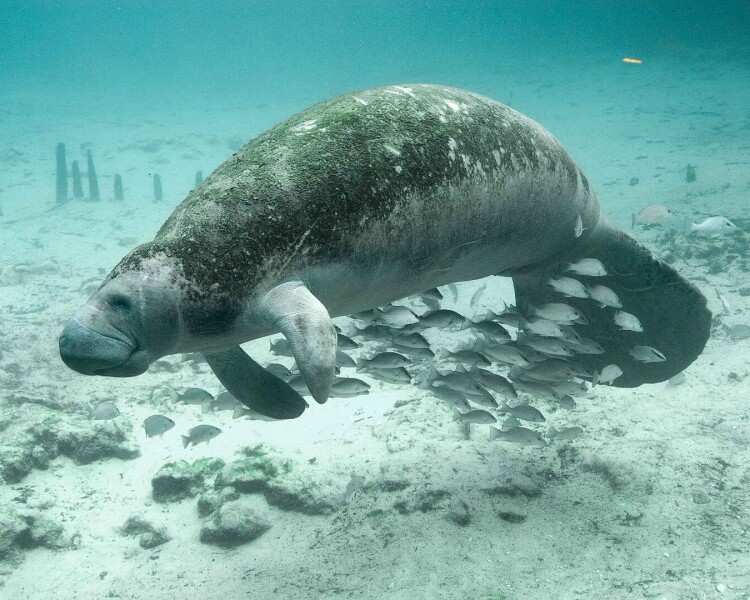 When traveling to America, Christopher Columbus mistook this aquatic mammal for a mermaid. The West Indian manatee has a large, round body that tapers to the tail and tough skin, which is colored grey-brown. The body and muzzle bristles of this animal exhibit sparsely distributed hairs. The forelimbs of the West Indian manatee are short flippers. This animal has a paddle-shaped tail, as opposed to the closely related dugong which displays a fluke-like tail. One of the noteworthy facts about this species is the continuous replacement of the molar teeth. Usually, new teeth emerge at the back of the jaw, replacing worn teeth at the front. According to some studies, the West Indian manatee has sensory hairs, which are likely to provide the animal with a sixth sense and allow to detect pressure changes. 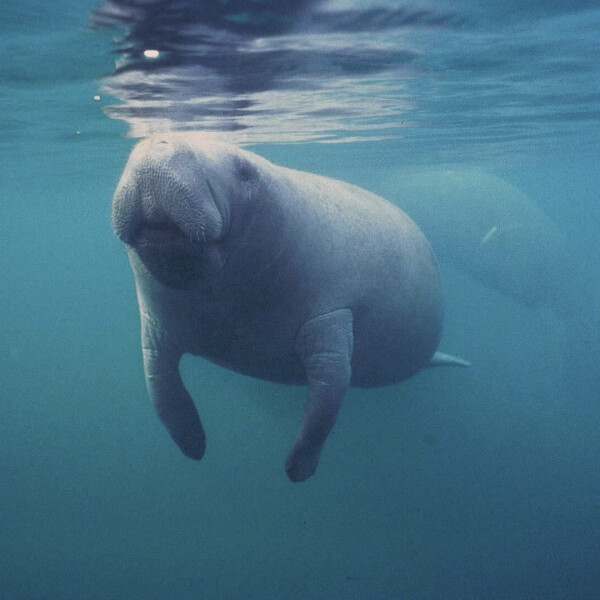 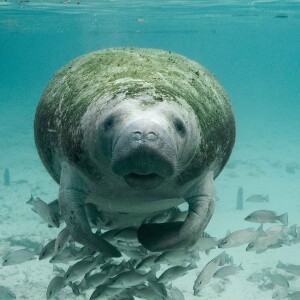 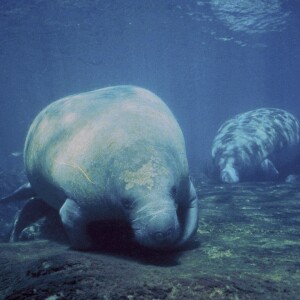 The West Indian manatees occur in a huge territory, from the mid-Atlantic region of the United States across the Caribbean Sea and the Gulf of Mexico, southwards to coastal regions of northeastern and central-eastern South America to northeastern Brazil. These animals can live in both clear and muddy waters. They occur in freshwater, estuarine, and marine waters at depths of more than 1-2 meters. Preferred habitats are coastal areas, canals, rivers, estuaries, and saltwater bays. Manatees undertake extensive seasonal migrations which vary with water temperatures. Consequently, Florida manatees seek out warm-water refuges during the winter, concentrated primarily along the Florida peninsula. Many of these refuges are artificial, created by the runoff from nearby power plants. In contrast, the Antillean manatee is less susceptible to cold-induced stress due to the warmer waters across its range. West Indian manatees are non-territorial and solitary animals, which may occasionally be observed in loosely organized, temporary concentrations. When gathering into these groups, they usually display no social hierarchy. As nomadic animals, West Indian manatees are constantly on the move, traveling from one place to another to find food. These animals may be active at any time of the day. The West Indian manatees rest for several hours at a time. They may rest both at the water's surface and at the sea floor. Meanwhile, they have to regularly come to the surface for air (every few minutes) when resting on the sea floor. These animals are able to remain underwater for up to 15 minutes, though generally dive for about 4 minutes. The West Indian manatees are very agile and playful animals, known to perform maneuvers such as somersaults, rolls, and swimming upside-down. They are normally not vocal animals, but can occasionally vocalize, emitting squeals, chirps, and screams.

West Indian manatees are primarily herbivorous. The diet of these animals generally consists of seagrasses and plant leaves, found on the sea floor.

The West Indian manatees have a polygynous mating system. Breeding occurs in groups, consisting of a single female and several males that may pursue her from a week to a month. These animals have no defined breeding season, mating year-round. The gestation period lasts for about 1 year, yielding a single baby. Within the first few weeks of its life, the newborn manatee starts consuming vegetation. The weaning occurs at 2 years old, by which time the calf already knows the feeding areas and migration routes of its species. The age of reproductive maturity is 9-10 years old for males and 4 years old for females. Meanwhile, males are ready to mate at 2 years old, whereas females are capable of producing offspring only after 7 years old, usually giving birth every 2-5 years. 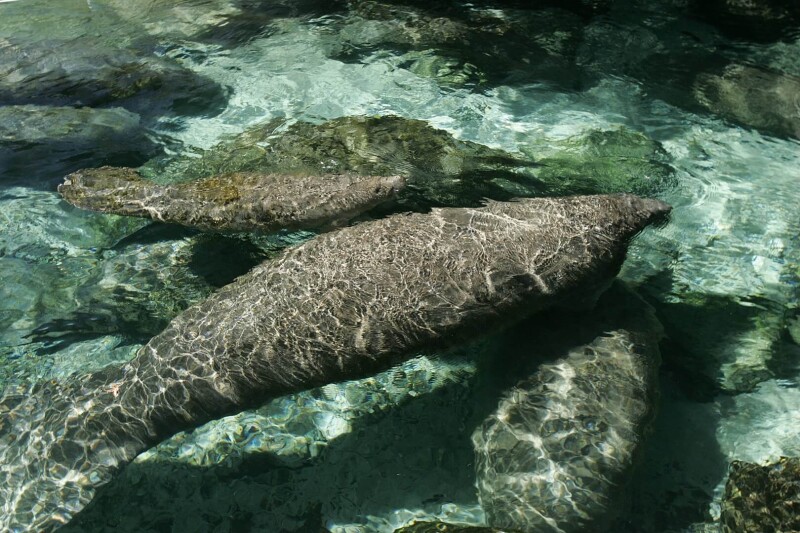 One of the major threats to the population of this species is frequent collisions with boats. Another concern is the loss of warm water springs that are the natural habitat of these manatees. The animals are often entangled in fishing gear. In addition, they suffer from red tide blooms. On the other hand, pollutants cause a reduction in the amount of seagrass, which is the main food source for the West Indian manatees. And finally, these vulnerable animals have a small population and a very low birth rate, which poses a serious threat to the future of this species.