The smallest vole in Britain, this animal is an excellent swimmer that is able to cross wide water streams. Moreover, this agile creature is a fast runner and an accomplished climber. The Bank vole is a mouse-like animal with a thick body. The coat is red-brown, the ears are prominent and the tail is long. 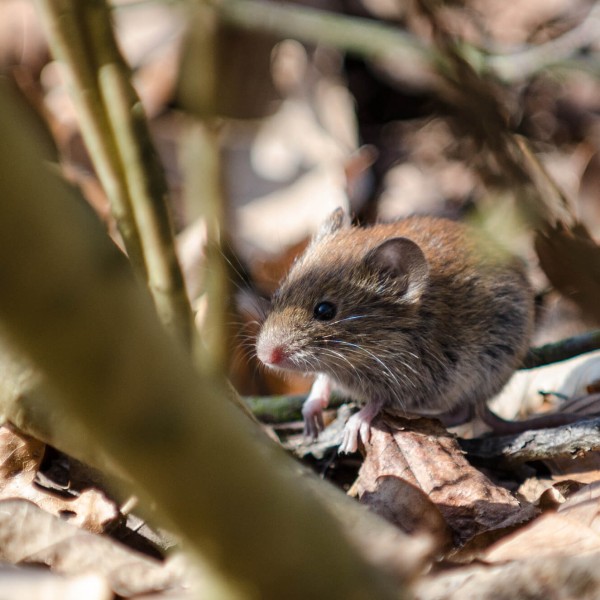 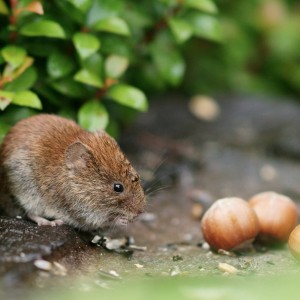 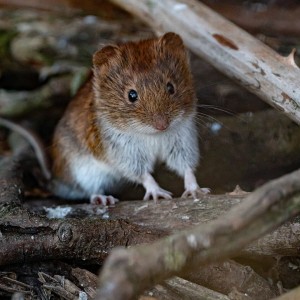 The animal has a Palearctic distribution. The Bank vole is endemic to Great Britain but is also found throughout Europe (except for Iceland, northern Scandinavia (except for Finland) as well as the Iberian Peninsula and most of Italy), Asia Minor, and certain parts of Western Siberia. In the 1950s, this species was introduced into southwestern Ireland. Currently, the Bank voles dominate in the area and can even displace the native wood mouse in the future. The Skomer vole, a subspecies of the Bank vole, inhabits Skomer Island, located off the Pembrokeshire coast of Wales. The preferred habitats of these animals are deciduous and mixed woodlands with scrub, low plants, and leaf litter. They can also be found in hedgerows, field verges, among bracken and brambles, river banks, swamps, and parks. In mountainous regions and the northern part of their range Bank voles occur in coniferous woodland. During the summer months, Bank voles are generally nocturnal. During the rest of the year, they may be active at any time of the day. Meanwhile, these animals are active year-round, since they don't undergo winter hibernation. The Bank voles are social animals. Females of this species dominate over males, which is particularly notable during the breeding season. After reaching maturity, young females usually continue living in the area, whereas males have to leave. However, territories of males are slightly larger than these of females - 0.8ha and 0.7ha respectively. These animals create worn routes through the undergrowth as well as dig systems of shallow tunnels right under the surface, which serve them as shelters. As a result, they make a network of worn routes throughout a territory of 40 meters.

Bank voles are generally herbivorous animals. They consume fruit, soft seeds, leaves, fungi, roots, grass, buds, and moss, supplementing this diet with snails, worms, insects, and other invertebrates. They can also feed upon the odd bird egg on occasion.

Bank voles exhibit polygynous (one male mates with multiple females) and, possibly, polygynandrous (promiscuous) (both males and females have multiple mates) mating systems. As a general rule, dominant males are more successful in finding mates. They usually run away from subordinate males in order to mate. The bank voles breed from April to October. Females yield 4-5 litters of 3-4 young per year. However, during favorable conditions, they may produce offspring year-round. The gestation period lasts for 21 days, sometimes - 17 days, when conditions are suitable. While suckling one litter, females may conceive another one, although the gestation period will likely last for up to 24 days. The mother is extremely careful with her young, making sure that all pups are in the nest. If any of them leaves, she will find the baby and carry it back to the nest. Weaning occurs at 20-25 days old, whereas reproductive maturity is reached at 4.5 weeks old. Meanwhile, pups that were born by the end of the breeding season begin mating only during the next season. 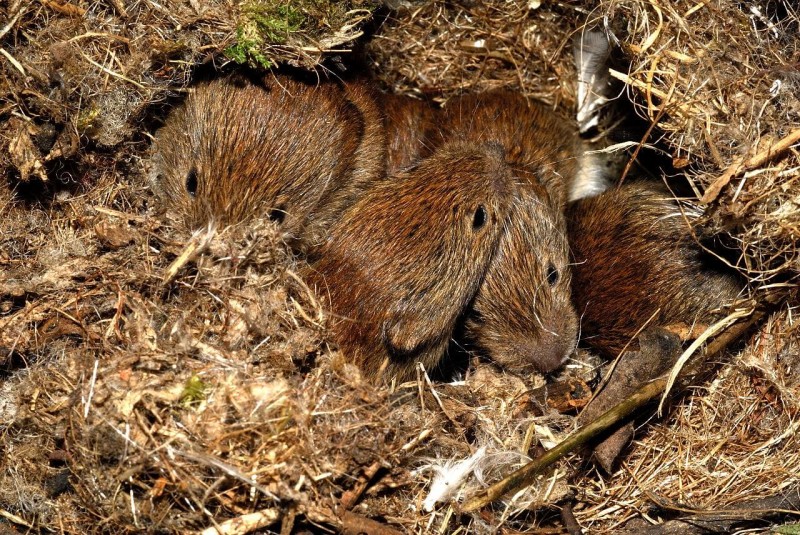 Although classified as Least Concern, this species currently suffer from the fragmentation of its woodland habitat, overgrazing by deer, and removal of hedgerows. The Bank voles, living nearby roads, are threatened by lead exposure. On the other hand, those in agricultural lands are endangered by pesticide drift as well as exposure to molluscicides and rodenticides.

The number of the Bank vole total population is unknown today, although this species is very common across its range. However, according to Wikipedia, the number of subspecies, the population of Skomer voles, found on the island of Skomer, may be around 20,000 individuals on the island in late summer. Overall, the Bank voles’ numbers are stable today, and this species is classified as Least Concern (LC) on the IUCN Red List.

Due to their herbivorous diet, the Bank voles play a key role in recycling and redistributing nutrients throughout the ecosystem of their habitat. In some parts of their range, these animals are so abundant that are the primary prey species for the local small avian and mammalian predators and snakes.