The Hazel dormouse is a small, cute rodent with considerably large eyes as a result of its nocturnal lifestyle. The coloration of the fur is bright golden on the back and pale creamy on the underside. This dormouse differs from mice by the characteristic long, fluffy tail. 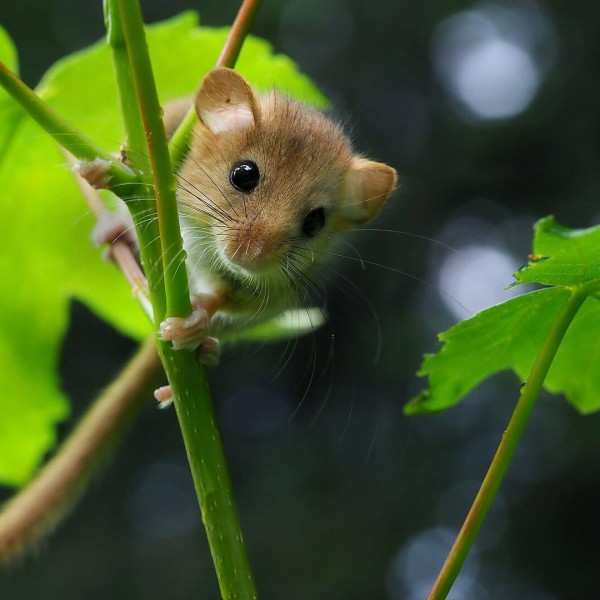 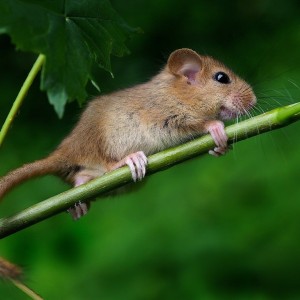 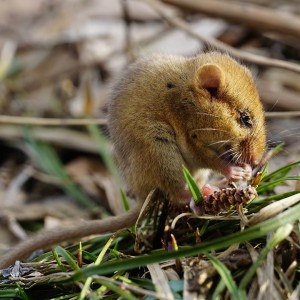 The Hazel dormouse is the only species of dormouse, native to Britain, where this animal mainly occurs in the south of England and Wales. The natural range of this species stretches all across Europe from the Ural Mountains in the east to the Mediterranean in the south. The ideal habitat of this rodent is Hazel coppice, although the animal may live in a variety of environments such as dense, deciduous woodland or thick shrubbery. The spherical nests of the Hazel dormouse are located a few feet above the ground and constructed out of grass and honeysuckle bark. 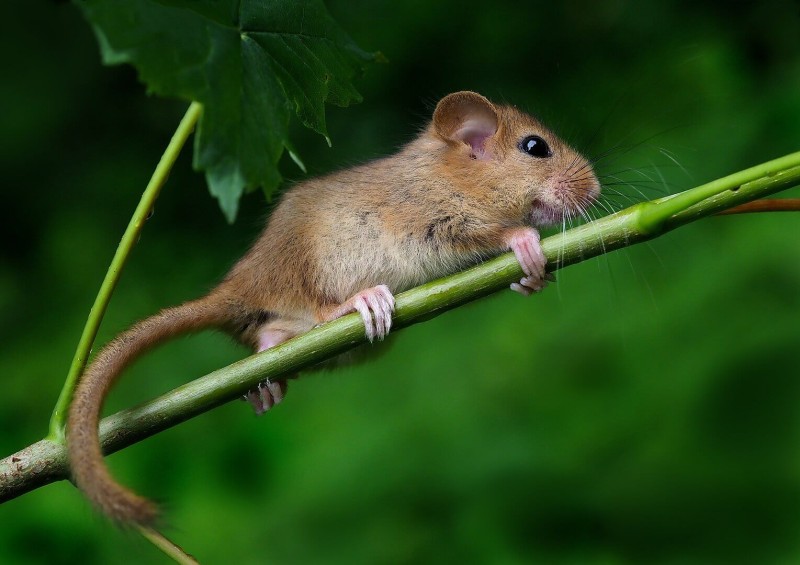 The Hazel dormouse is a solitary and strictly nocturnal animal. Males of this species are known to aggressively defend their home ranges against each other during the mating season. This rodent typically spends its daytime hours in a spherical nest, placed approximately two meters above the ground and built from grasses, stripped bark, and moss that is held together by sticky saliva. The nighttime hours are spent traveling in trees in search of food. The Hazel dormice undergo annual hibernation, remaining in this state for up to 7 months per year. As the weather gets cold in October, they choose a favorable place to construct their nest, where these animals will curl up and sleep until spring, waking up only in April. Hibernation is a state of extreme torpor, during which the functions of their body drop, although they are still able to feel cold and touch, and may even wake up when touched. In addition, they regularly wake up during this long period, typically for a few hours at a time.

As a granivore, the Hazel dormouse particularly enjoys eating hazelnuts. However, this rodent feeds upon a wide variety of food such as fruits, flowers, nectar, pollen, eggs of birds, fledglings as well as occasional insects.

There is no information on the mating system of this species. However, as they live solitary and males are very territorial, it may mean these animals are probably polygynous. They breed between May and September and can breed twice during this period. Females generally produce young between June and early July and from the end of July to August. Gestation in this species lasts for 24 days, yielding a litter of up to 7 young with an average of 3-4. The babies are born with closed eyes, which open at approximately 3 weeks old. Independence is reached at 5 weeks old and the young become reproductively mature only by the summer after their first hibernation. Populations in the northern parts of their range suffer from the fragmentation of their natural habitat due to forestry as well as agricultural and urbanization development that negatively impact the numbers of local populations.

According to IUCN, the Hazel dormouse is relatively common and widespread throughout its range but no overall population estimate is available. Currently, this species is classified as Least Concern (LC) on the IUCN Red List.

Due to feeding upon flower pollen, this dormouse greatly contributes to pollination. In addition, this rodent is a key summer prey for raptors and an important winter prey for other predators such as red fox and wild boar.