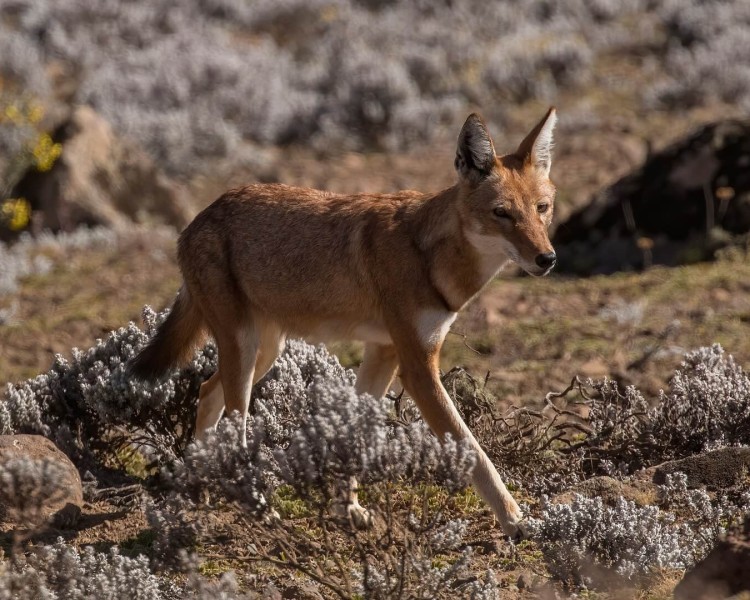 Ethiopian wolves are slender, long-limbed canids. Their coats are reddish, with white marks on their legs, tail, belly, face, and chin. The border between the white and red fur is quite distinct. On the face are white markings, which include, below the eyes, a characteristic white crescent, and on the cheeks a white spot. The chin and the throat are also white. Their tails are marked with an undefined black stripe along the length, tipped with bushy black hairs. The ears are wide but pointed, and the muzzle, gums, and palate are colored black. Females are usually paler in color and smaller overall. The feet have five toes at the front and four on the back feet. 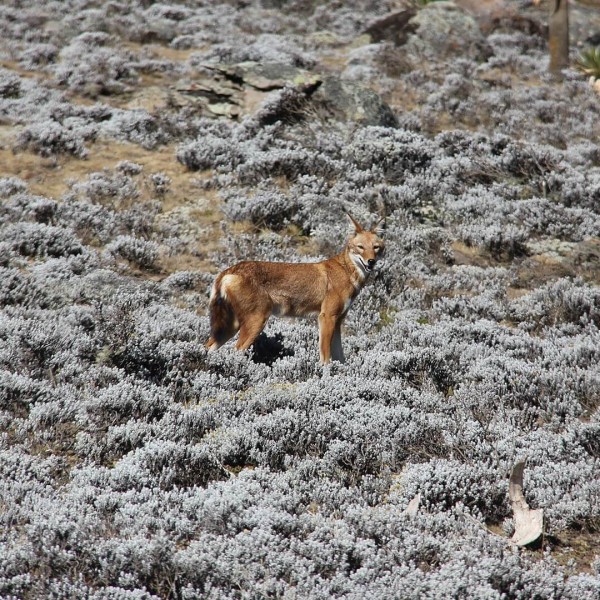 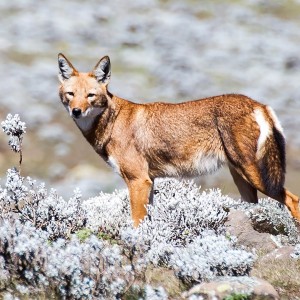 The Ethiopian wolf inhabits a very narrow range and is found in only half a dozen mountain ranges in Ethiopia, including the Bale and Arssi mountains in southeast Ethiopia (the largest population being in the Bale Mountains National Park) Simien mountains, Gojjam, Mt. Guna and northeast Shoa. It lives in afro-alpine heathlands and grasslands and where the vegetation doesn’t grow higher than 0.25 m. 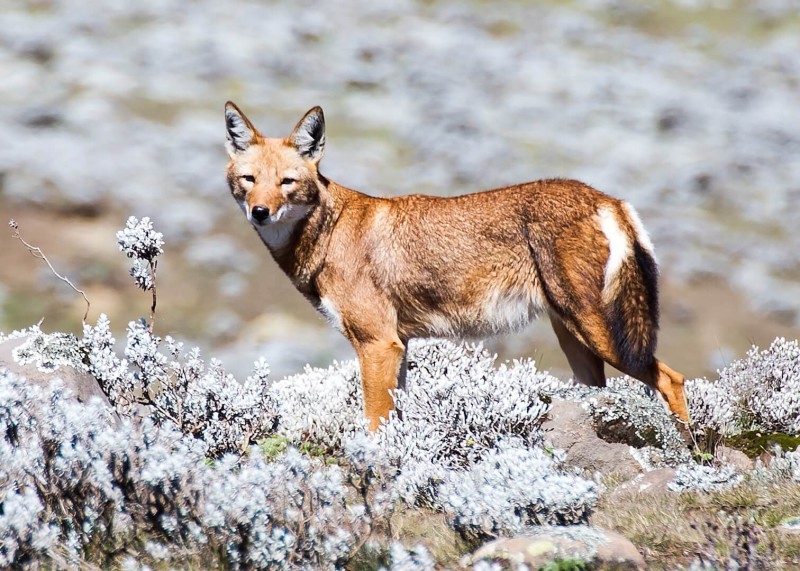 Although they primarily hunt alone, Ethiopian wolves are social animals, forming packs of usually 6 members, though there may be 3-13. It is diurnal and at night it sleeps in the open, alone, or in groups. The packs are territorial. The wolves gather for greetings and border patrols during dawn, midday, and evening. They forage on their own throughout the day. Packs maintain their territorial boundaries through scent and vocalization. The pack structure is hierarchical, defined clearly by dominant and submissive behavior. Both sexes have a dominance ranking, with shifts occurring occasionally for males but not females. Play-fighting among pups during their first few weeks serves to establish rank for siblings.

Ethiopian wolves are carnivorous and they mainly eat the rodents that are plentiful within their range. They hunt and eat hares, common grass rats, and giant mole rats. They also eat goslings, eggs, and young ungulates and sometimes scavenge on carcasses.

Ethiopian wolves are monogamous, which means that one male mates with one female exclusively. Mating takes place between August and November. The pack’s dominant female is the only one that will breed, and she gives birth only once a year. After a gestation period of approximately 60-62 days, she gives birth to 2-6 pups. Pups are born in a den, which their mother digs in open ground under a boulder or in a rocky crevice. The development of pups occurs in three stages. Weeks 1-4 is when the pups are totally dependent on their mother’s milk. Weeks 5-10 is when the pups' diet is supplemented by food regurgitated by all pack members. From week 10 until about the age of 6 months, the pups consume solid food almost solely, provided by the adults of the pack. Pups are ready to breed during their second year of life. 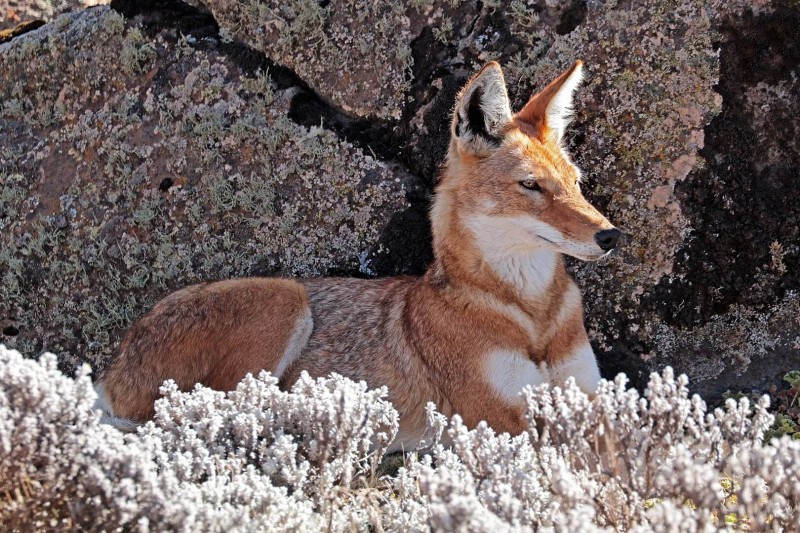 Ethiopian wolves are among the most endangered canine species. They are threatened by the destruction of their habitat by humans for farmland, roads, and livestock grazing. This forces them into closer contact with humans, bringing another threat, as these wolves can catch rabies and also sometimes canine distemper from domestic dogs.

According to the IUCN Red List, the total Ethiopian wolf population size is around 366 individuals; 197 of which are mature individuals. Currently, this species is classified as Endangered (EN) and its numbers today are decreasing.

Ethiopian wolves are key predators in the ecosystems they inhabit, controlling the populations of prey items they consume.