The Indian saw-scaled viper is a venomous snake native to Asia. It is the smallest member of the big four snakes that are responsible for causing the most snakebite cases and deaths. Indian saw-scaled vipers have a pale buff, grayish, reddish, olive, or pale brown ground color, overlaid middorsal with a series of variably colored, but mostly whitish spots, edged with dark brown, and separated by lighter interblotch patches. The top of the head has a whitish cruciform or trident pattern and there is a faint stripe running from the eye to the angle of the jaw. Their belly is whitish to pinkish, uniform in color, or with brown dots that are either faint or distinct. 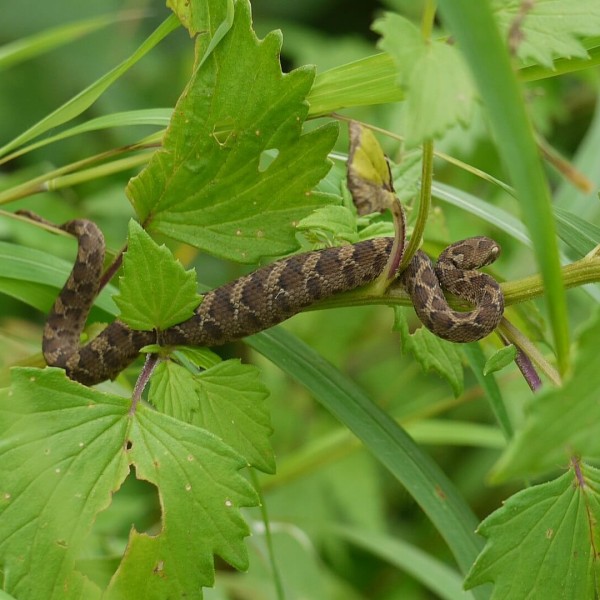 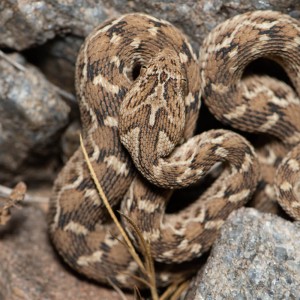 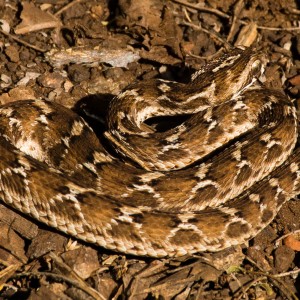 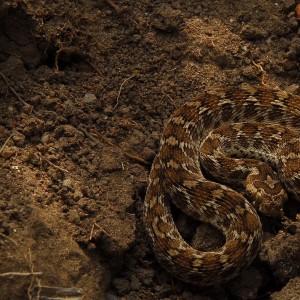 Indian saw-scaled vipers are found in parts of the Middle East and Central Asia, and especially the Indian subcontinent. On the Indian subcontinent, they are found in India, Sri Lanka, Bangladesh, and Pakistan (including Urak near Quetta and Astola Island off the coast of Makran). In the Middle East, these snakes occur in Oman, Masirah (Island), eastern United Arab Emirates, Iraq, and southwestern Iran. In Central Asia, they are found in Afghanistan, Uzbekistan, Turkmenistan, and Tajikistan. Indian saw-scaled vipers live in deserts, semi-deserts, rainforest, dry and moist deciduous forest, grassland, and scrubland. They are often found in agricultural fields, scrubs, rocky terrain, and open plains. They prefer to hide under loose rocks, in mounds, leaf litter, piles, and caves. Specimens have also been found in Balochistan (desert and mountainous region in south-western Asia). These snakes are mostly crepuscular and nocturnal, although they have also been seen during daylight hours. During the daytime, they usually hide in deep mammal burrows, rock fissures, and fallen rotted logs. In sandy environments, they may bury themselves leaving only the head exposed. Often, they are most active after rains or on humid nights. Indian saw-scaled vipers often climb in bushes and shrubs, sometimes as much as 2 m above the ground. When it rains, up to 80% of the adult population will climb into bushes and trees. Once, it was observed how some 20 individuals had massed on top of a single cactus or small shrub. Indian saw-scaled vipers move about mainly by sidewinding: a method at which they are considered proficient and alarmingly quick. They are also capable of other forms of locomotion, but sidewinding seems to be best suited to moving about in their usual sandy habitats. It may also keep them from overheating too quickly, as there are only two points of contact with the hot surface in this form of locomotion. In the northern parts of their range, these snakes hibernate in winter. Saw-scaled vipers are responsible for causing the most snakebite cases due to their inconspicuous and extremely aggressive nature. Their characteristic pose, a double coil with a figure of eight, with the head poised in the center, permits them to lash out like a released spring.

Indian saw-scaled vipers are carnivorous reptiles. Their diet consists of rodents, lizards, frogs, and a variety of arthropods, such as scorpions, centipedes, and large insects.

In northern India, the mating season of Indian saw-scaled vipers takes place in the winter with live young being born from April through August. However, occasionally, births have also been recorded in other months. Females give birth to a litter that usually consists of 3 to 15 young that are 115-152 mm in length. 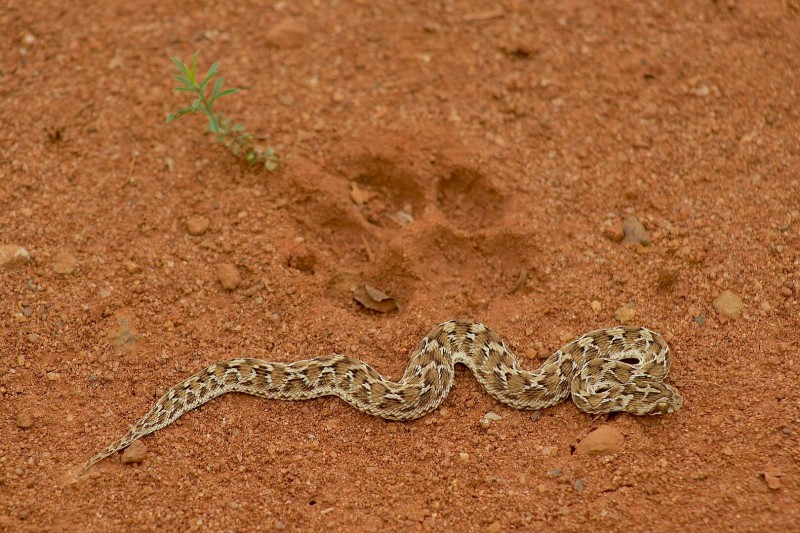 There are no major threats to Indian saw-scaled vipers at present.